I was planning to kayak with a friend this morning but Sunday didn’t work for her so it was solo kayaking for me. I went early a the surf is usually calmer  then and easier to launch and return. Left from La Madera beach and circumnavigated the bay. At the 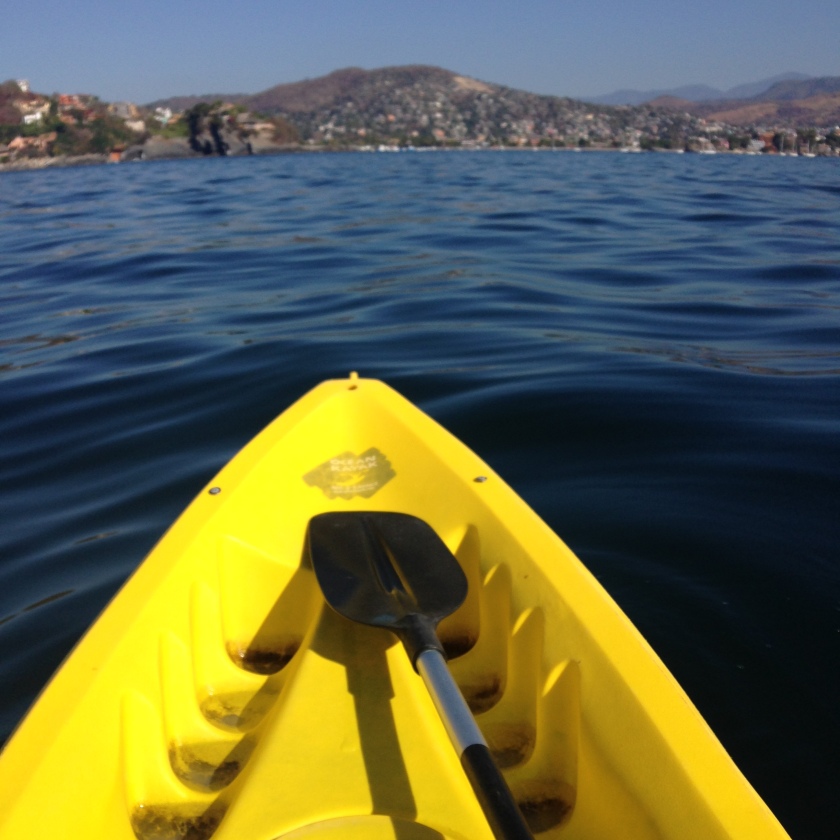 mouth of the bay I had intended to go out just a ways into the ocean, but I think the tide may have been coming in as there were some low rolling waves at that point and I decided it might be too much work. I’m not a novice kayak-er, I have one of my own and have done several Puget Sound trips, but I’m not a strong kayak-er.  Hell, I’m not a strong anything anymore. And due to previous experience landing thru the surf I planned to hop off before the waves break and swim or walk the kayak in.  But as I approached the shore the surf looked to mild that I went for it. And shouldn’t have! The surf pushed me sideways a position you never want to be in a kayak . As I started to hop off the kayak it, came with me and dumped me in the sand with the kayak on top of me. I could lift it up but could not flip it off me.  I lifted up I think 3 times long enough to catch a breath before the next wave came,  then some one came and lifted it off and I was finally able to get up and walk in. When I have rented a kayak here before the staff was a little more attentive as to helping you get in.  I think in the future just before I come in I might call the Senior to be available for one of my ungraceful landings and render necessary assistance.  Also in the future I will  get off before the waves and float it in.

plan carefully for out last month so we aren’t giving a lot of stuff away.  We still had 1 pack of left over turkey from Thanksgiving so I decided to make a turkey pot pie, a favorite of the Senior’s. Of course no rolling-pin, no pot pie pan and no turkey gravy. But mushroom soup worked for gravy.  I rolled out the crust on tin foil using a large jar of beans. and a small 2 handle sauce pan doubled for a pie pan. I then baked it in our portable oven.  It came out surprisingly good. Not bad for someone who isn’t much of a cook!  Signing off KO