What a night, beautiful, colorful and crowded, fiesta done full up! The food vendors were set up so Morgan finally got the churros she has been dreaming of.  We I visited all the alters and luckily was at the right place at the right time as two separate catrinia parades entered the Zocolo. 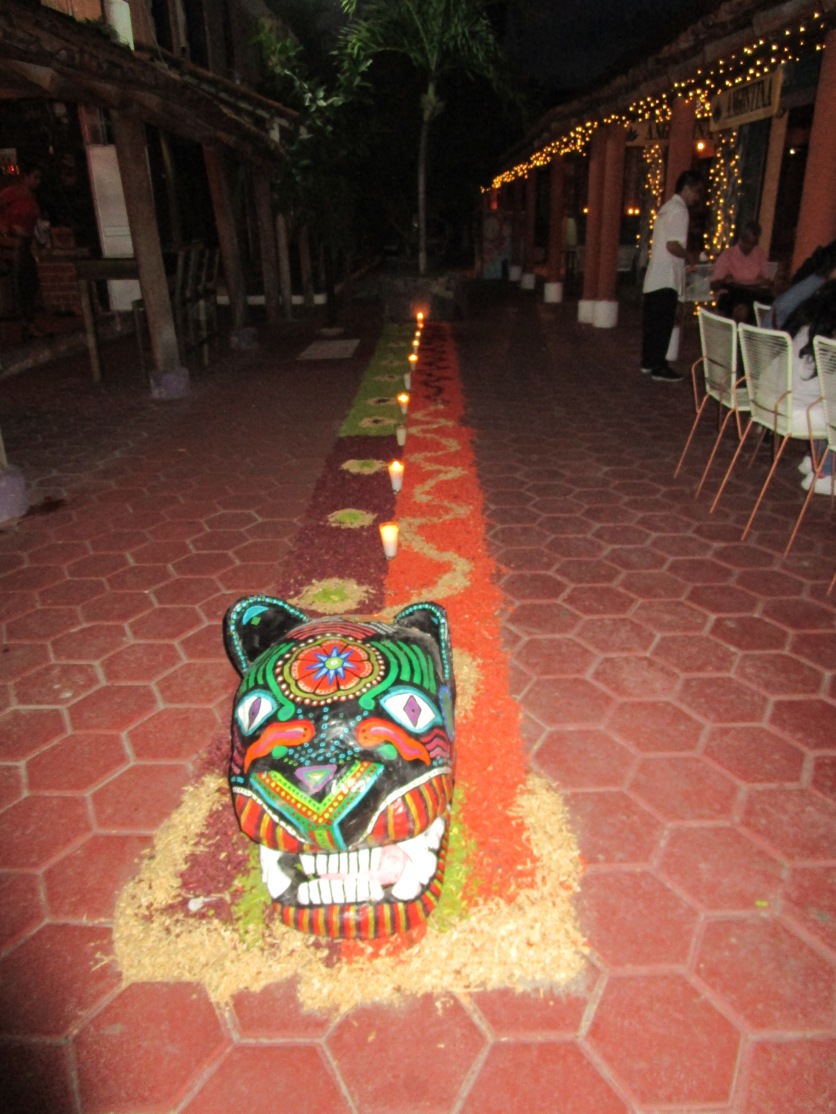 The alters were lit mostly by candle light but some had gotten quite creative with colored lighting. Some were very simple others quite elaborate.  Foods and drink and pictures were on display.  El centro Zihuatanejo was far more colorful than I have ever seen it.  More like our Christmas displays at home. 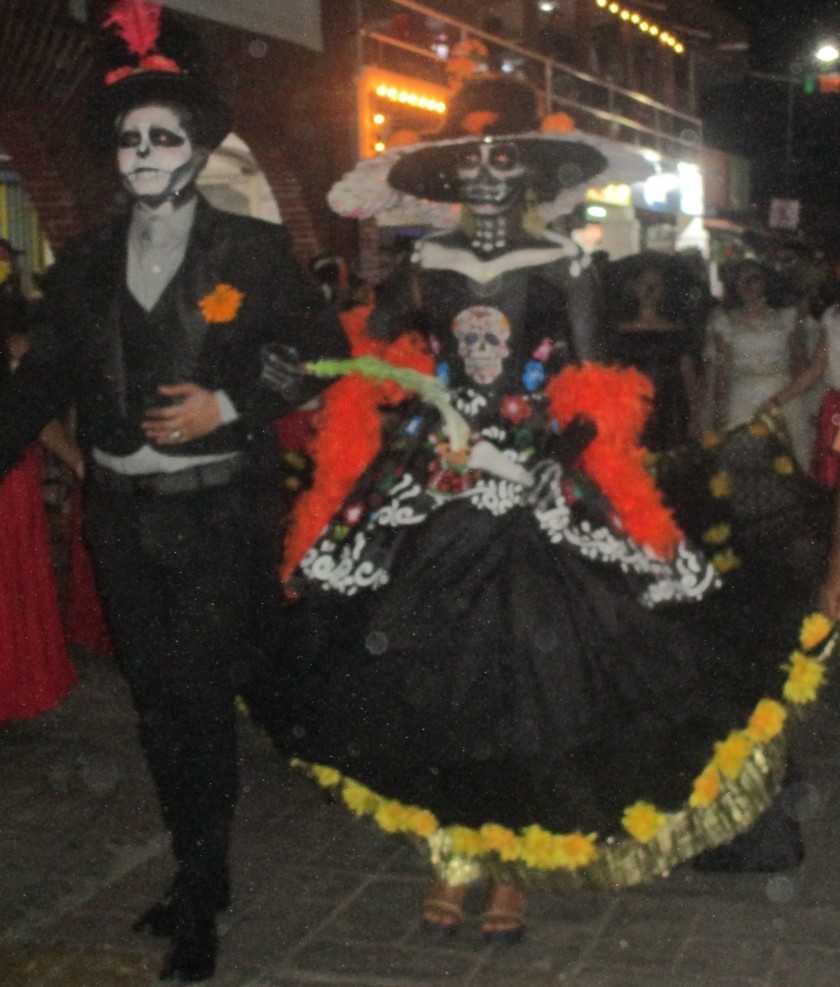 I would have to say their were hundreds of catrinias, some absolutely gorgeous, some funny and a couple a bit scary.  Parades started at several points in town and all converged at the Zocolo eventually. Their was judging of the alters and the catrinias and 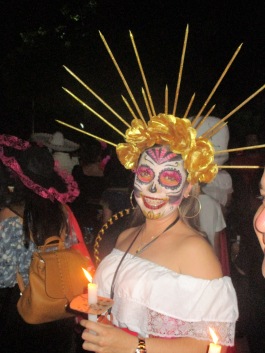 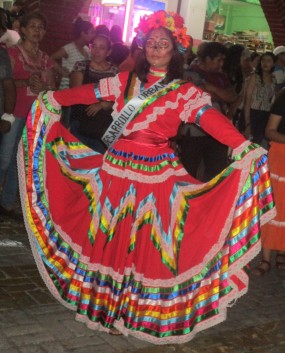 I understand several thousand pesos were to be awarded.  Then to top the night off there was to be a rock concert.  My apartment is just far enough away from the Zocolo that they can party all night and not disturb me. Having a bit of trouble managing photos.  Put together a whole album but can’t get it to load.  But the above pictures are my favorites. Signing off KO

2 thoughts on “Dia del Muerto and Parade of the Catrinas”