Mexico’s Revolution Day (Dia de la Revolucion) is a national public holiday that celebrates a 10-year revolution that began in 1910 to end the struggle against dictator José de la Cruz Porfirio Diaz Mori. It is on the third Monday in November, near the official day of November 20. In Zihuatanejo it is celebrated with a huge parade with most of the schools participating. It was a perfect day for the parade, Zihuatanejo gave her brightest  blue skies for the event, temps in the low to mid 80’s.  The parade route goes down my street, so we watched the parade with our morning coffee from the balcony.

The parade was scheduled to start at 9.  Nothing starts on time in Mexico but at 8:40 the parade was coming down my street.  Never heard of anything ever happening early than the announced time, usually an hour late, but the parade was here and we watched all 4 hours of kids dressed up as revolutionary characters in traditional dress, drum and  bugle groups, dancers in beautiful costumes. Teen age students building human pyramids, others somersaulting through  hoops of fire.  Like everything in Mexico, it was loud, colorful, beautiful and very  interesting. 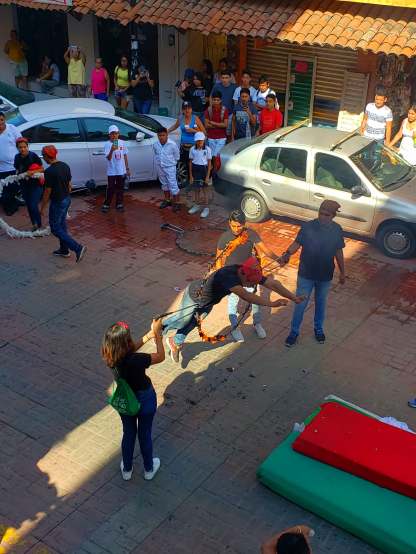 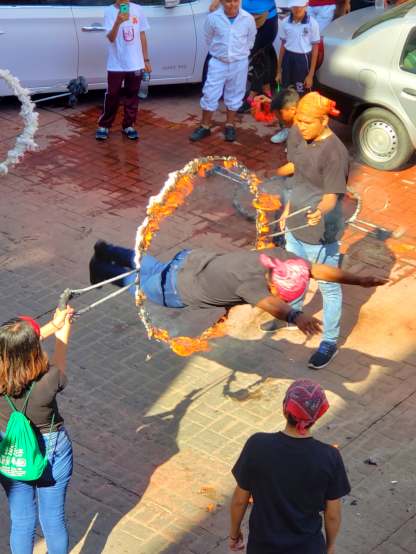 After a morning of no internet, signing off KO