I knew Morgan would find the Parthenon interesting.  She had been anxious to see it since she first spied it from the water taxi.  When I last was there you could only get in on a Saturday, not knowing if things had changed I decided we would go on a Saturday and check it out. I had been warned that the Government had now taken possession of it and would be restoring it and you couldn’t get in any more.  I don’t like being told no, so we went any way after a quick stop at the Saturday Morning Market we walked down Calle Adelita, up what I call Mount Irma, past the Hotel Irma to the road to La Ropa and 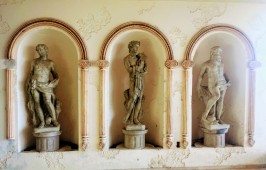 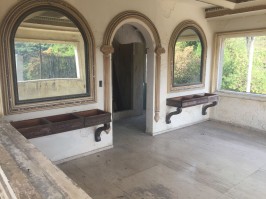 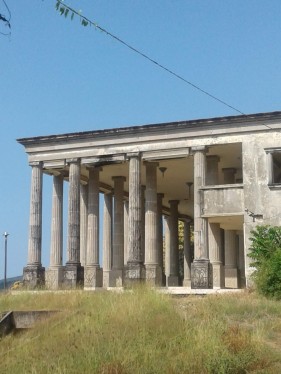 further down the road you come to the Military Barracks where there is a side road that clearly says cars are not allowed to go up it.  I think at this point Morgan doubted my ability to read Spanish as it made her a little nervous not following rules by a Military installation.  But then she grew up a Navy Brat so I forgave her her reluctance and we began the very steep, rocky climb up this road.  Neither of us had had the sense to wear tennis shoes and we tackled this climb in our sandals. Once at the top we meet a nice young soldier with the very scary looking gun and I asked if we could go in.  In very rapid Spanish he replied something and pulled out his phone, and finally said to us something but I recognized that we would be called and he pointed to the gate. A man soon opened the gate and at first said no, it would require a permit from the Government in Acapulco but after a bit of finagling he changed his mind and we went in. 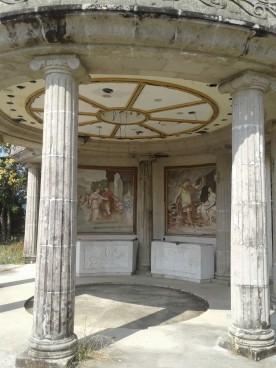 This was once the party place for an extremely crooked cop from Mexico City.  It is  in very dilapidated condition, but you can still visualize and feel the elegance that once was there. Because everything from how the land was acquired to the cost of the elegance of the construction of the building and of the parties given there you have to reflect on how many little people were stepped on for him to acquire such wealth. Because of that there is a faction that would like it torn down. I would like to see it preserved, not necessarily restored as it is beautiful, even in ruins. Morgan stated she would have liked to have had 6 changes of clothes and pretended to be on a fashion shoot.

From there we walked further down La Ropa Rd and headed to the beach at our first opportunity and walked down to El Manglar to have lunch with the crocodiles. We were ready for cool drinks and a good lunch as we had logged in 3 miles at this point.  We had a great lunch with a crocodile lazing about 8 feet away from us. and yes there was a 3 foot high fence between us. 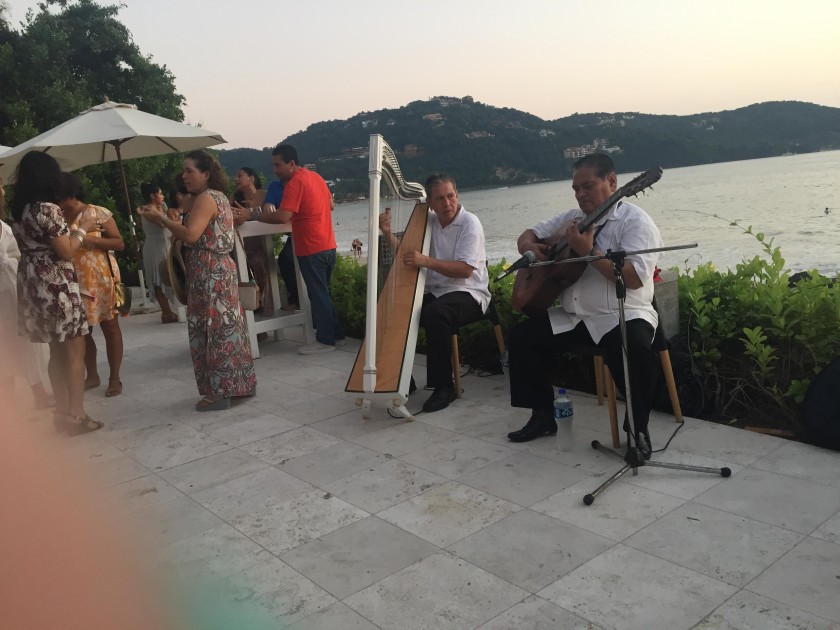 I finish off the day at the wine tasting at the Beach at Sotovento. Interesting, but far to hot at the beach and nowhere was there shade.  Signing off KO