Super Bowl Sunday the men in our building planned to watch the game at Fireball a newer bar on Ejidio just 2 blocks from our apartment. It was chosen because of its wall projection TV, but also because it was new and maybe not so crowded. Well it was crowded, but they discovered the owner is a very congenial fellow from Minnesota and a nice new establishment. The ladies of Casa del Mar plus an additional friend choose to spend Super Bowl 50 at the beach restaurant Tata’s. It was Myra’s last day in Zihuatanejo and she wanted all the beach she could get. We had a great time visiting, 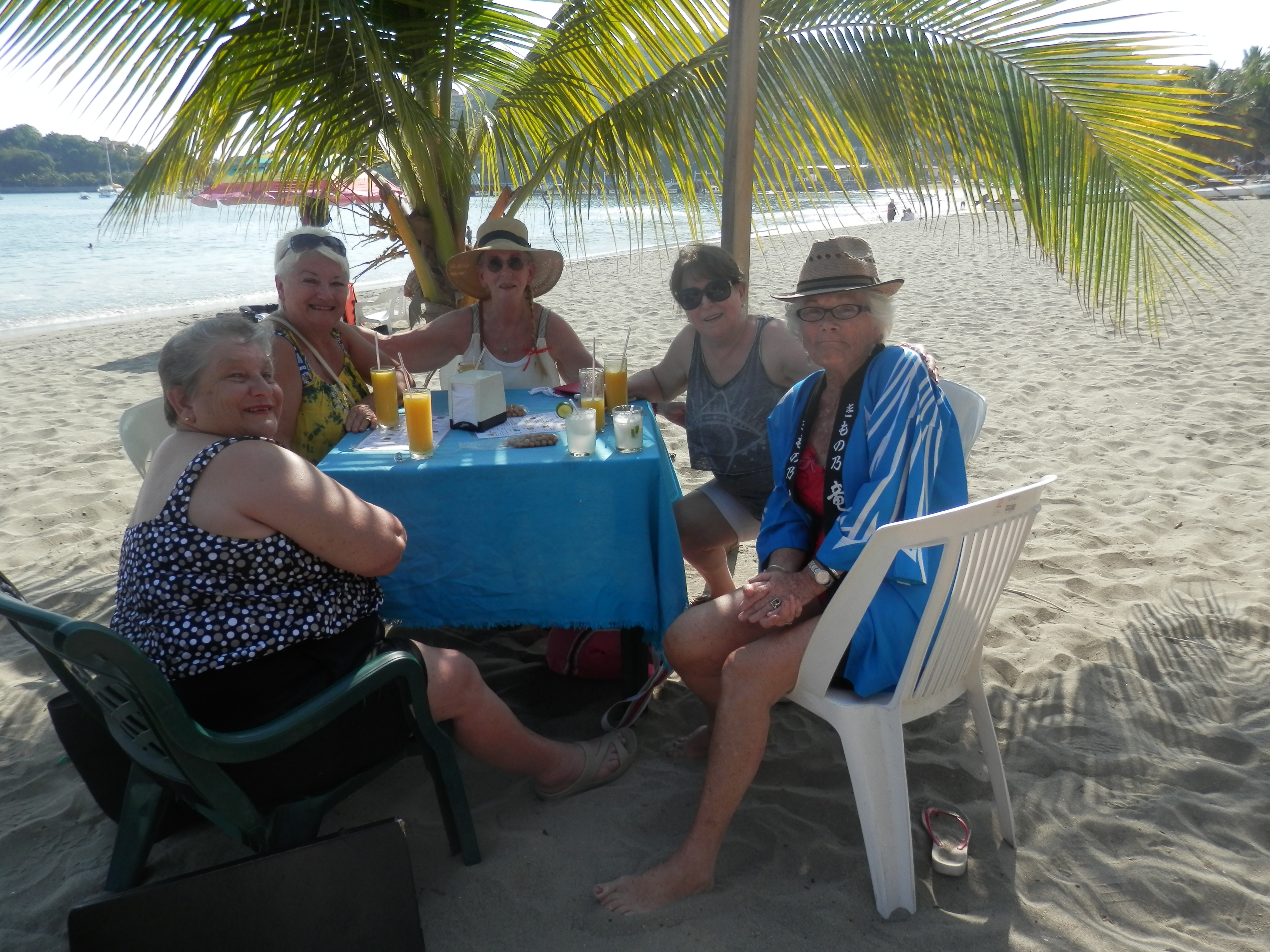 That evening M-Dock band was doing a free concert at the Zocolo that was hugely attended.Since we could hear the music perfectly from our balcony I avoided the crowds and enjoyed it from home. The welcome party was the next evenings event with the Expressions Inmune providing the music.

This is the young Mexican band that started playing in the street, got their first “professional gig” with Sailfest several years ago and are now playing in many of the local restaurants. I did my third day selling T-shirts, concert tickets and such today. The live auction was tonight, but it has been a little too rich for my blood the last few years. And of course the Senor isn’t feeling up to going anywhere.

Took the Senor to the Doctor again today. Medical practice is certainly is different here.  The doctor actually took his blood pressure instead of an assistant. This time the doctor prescribed a series of 3  cortisone B 12  and some pain medicine for his on going sciatica. So we went to the pharmacy to fill the prescriptions, took 2 pharmacies to get both, then went to the pharmacy next door when the shot was administered and where he will return today and again tomorrow to complete the process. So far no fantastic results, but we are hopping. She mentioned that he should get another ct scan, but there is no ct machine in Zihuatanejo. I  can’t remember where she said the closest one was.

That really surprised me. Actually I’ve been in Mexico long enough that very little truly surprises me, but so many thing I do shake my head in bewilderment. Signing off KO

2 thoughts on “It’s Sailfest and I’ve Been Busy”